Terry Bozzio explains the permutations of eighth-note triplets and sixteenth notes and then demonstrates how to orchestrate them on a drumset and use them in an ostinato, which will expand your coordination and rhythmic capabilities.
View Course details

The legendary drummer and our DC Artist-In-Residence, Terry Bozzio, may be best known for his work with Missing Persons, Frank Zappa, and the band ‘UK,’ recording and being featured on over 30 records with just these three artists alone. He is also a prolific sideman who has toured and recorded with legendary artists including Jeff Beck, Alan Holdsworth and has made an outstanding solo career as both a drum soloist and clinician. In 1997, Terry was inducted into the Modern Drummer Hall of Fame and is known by many as one of the greatest drummers of all time. 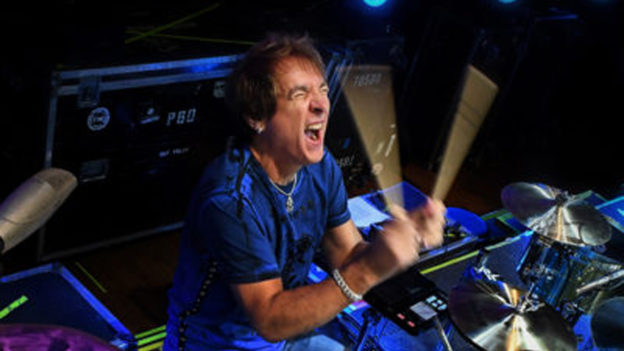 What To Play… And What Not To Play Ways To Maximize Your Musicianship Not Enrolled
GET STARTED
Free

Login
Accessing this course requires a login, please enter your credentials below!
Lost Your Password?
DC Membership
Not a member? Join today!
GET STARTED